It’s not like I can go anywhere during the summer vacations, so I decided to brave the heat for two days in a row to go touring and take pictures.

I took Prefectural Route 12, which straddles the border between Yamaguchi and Shimane prefectures, from Kano to Yoshika. The road is narrow and dimly lit at times, but there are no problems with motorcycles. By the way, if you turn off on this road, you can go to Naganoyama Green Park, which has a beech forest, which is rare in Yamaguchi Prefecture, or to Kitani Gorge, which has beautiful autumn leaves. The road is sometimes closed due to landslides, so be careful.

A fork in the road extends from the confluence of the Tadeno River, which flows along the road, and the Kawayama River, a tributary. As I had no particular destination in mind, I turned off in that direction, and was pleasantly surprised by the open landscape.

As I climbed up the mountain, I found a café on the way. It was called “Yama Cafe Heaven” and was said to have been opened by a Harley-riding couple.I had a good feeling about it, so I went in and had a very tasty homemade ginger ale and pudding. I would like to go there again when I pass by.

After passing the cafe, I headed down the mountain toward Prefectural Route 3.

Not so unusual, but a bit retro bridge.

It was noon and quite hot. A flock of swallows lined up on the wall of a warehouse in a private house, like a school for swallows. They must be young birds that left the nest this year.

The next morning, I went out again while it was still cool. The waterway running between the rice paddies was cool and refreshing.

An abandoned utility pole standing in the field.

It was so hot, there were hardly any birds in sight. I barely saw a Japanese grosbeak behind the intricate branches and leaves. It was holding a tasty-looking prey.

A juvenile crow opening its mouth, looking hot. I can tell it’s a juvenile because of the mixture of brown feathers, but it’s hard to distinguish whether it’s a carrion crow or a jungle crow, both from the bump on its head and the shape of its bill. Is it a carrion crow? 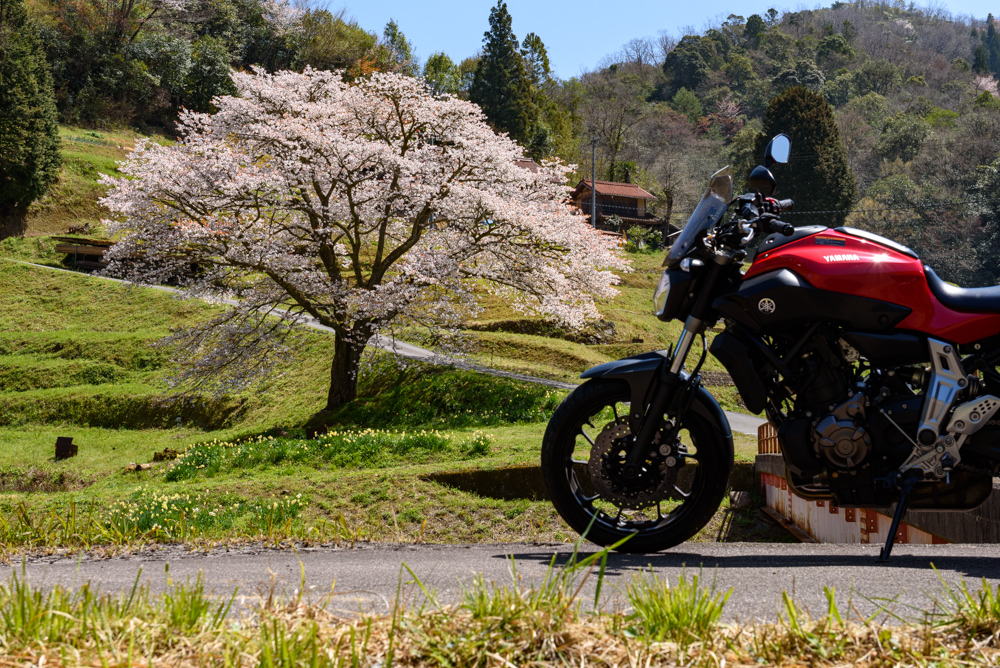 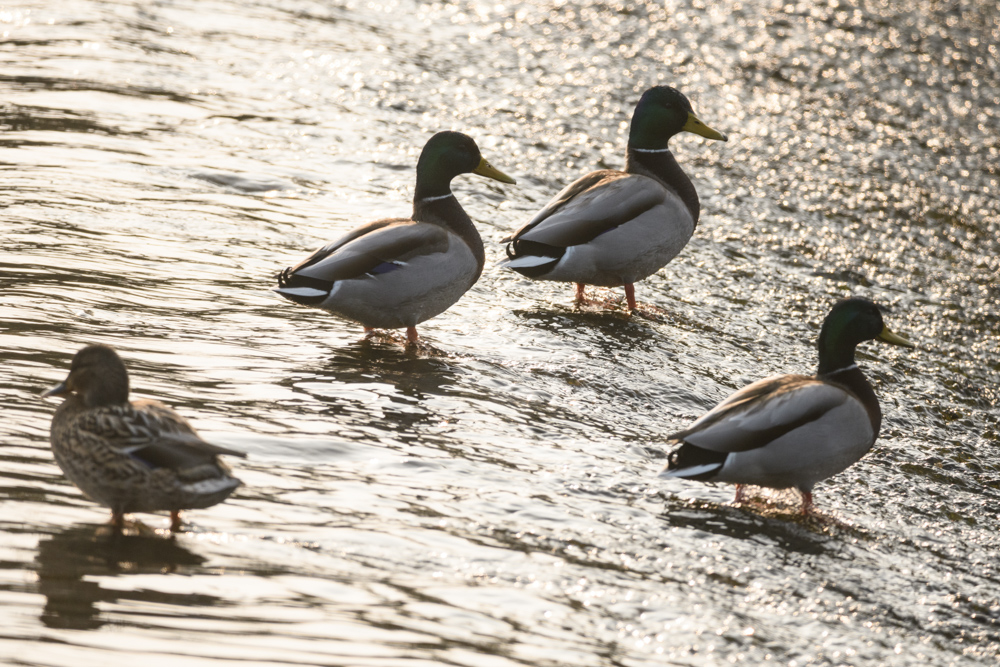